We have manufactured those luminaires to design brief by Medland Engineering and HASSELL Studio.

Third luminaire selected for the staff breakout area is 4400mm in diameter with 600mm wide LED diffuser creating shallow ring for even illumination of the entire space.

Luminaires were supplied with custom designed and manufactured brackets for easy installation. Safety wire lanyards allow to lower luminaires without the need of completely taking them down from the ceiling for future maintenance. 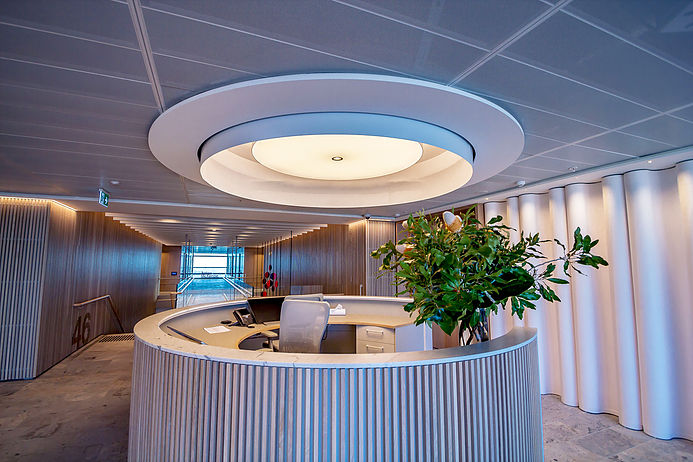 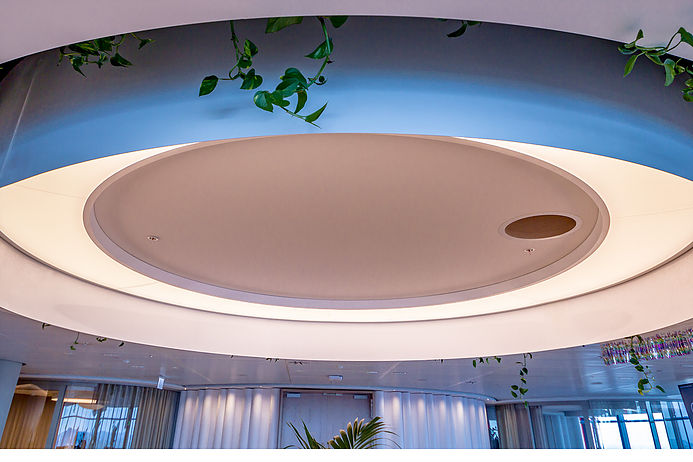